Warren and Sherman Cement Themselves as Anti-Crypto

Yesterday the Senate Banking Committee hosted a hearing on crypto’s role in illicit finance, specifically in the context of Russians attempting to evade sanctions.

The committee welcomed Chainalysis founder and CSO Jonathan Levin, along with former Chainalysis employee Michael Mosier and Michael Chobanian, founder of KUNA Exchange and the President of the Blockchain Association of Ukraine.

Senator Elizabeth Warren, who sits on the Senate Banking Committee, was heavily featured in the proceedings. As evidenced in the video below, Senator Warren seemed quite intent on proving that cryptocurrency technology like cross-chain transfers and coin-mixers could help Russian Oligarchs evade sanctions – despite Mr. Levin’s attempts to explain that any transaction of crypto on an Oligarch-level could be traced. 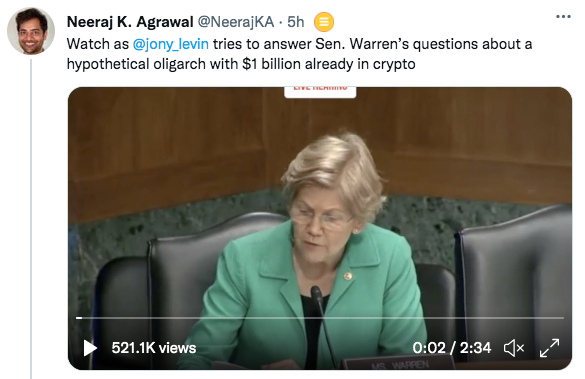 In addition to Warren’s remarks above, she, along with ten Democratic co-sponsors, introduced a piece of legislation dubbed the “Digital Asset Sanctions4Compliance Enhancement Act,” which would grant Treasury the right to bar crypto service providers from doing business with any crypto address associated with Russia. The definition of a “digital asset transaction facilitator” is rather vague and has sparked protest from lobbying institutions like Coin Center.

“The bill would place sweeping restrictions on persons who build, operate, and use cryptocurrency networks even if they have no knowledge or intent to help anyone evade sanctions. It calls for sanctioning technologists and users merely for the act of publishing open-source software or facilitating communication among network participants,” wrote Coin Center in a blog. The crypto research and advocacy group went on to claim that the bill’s language is “unnecessary, overbroad, and unconstitutional.”

That being said, Coin Center’s Jerry Brito does not think it is time to panic yet. The bill “does not have bipartisan support, doesn’t seem like it will be attached to anything ‘must-pass’, and flies in the face of what experts and the Administration recommend. I don’t see it moving for now. Will let you know if anything changes,” Brito tweeted.

While Brito says the bill will not have bipartisan support, The Block reports that Representative Brad Sherman, a Democrat with a history of being anti-crypto, may introduce a companion bill to the House that would allow the Treasury to compel crypto exchanges to block all transactions with Russia-associate wallets. “I will be introducing a companion bill in the house and look forward to joining with my colleagues to make sure that one of the tools available to the administration is the ability to tell crypto exchanges, if they’re doing business in the United States, they can’t do business with Russia based crypto wallets until this crisis is over,” The Block reports him saying. 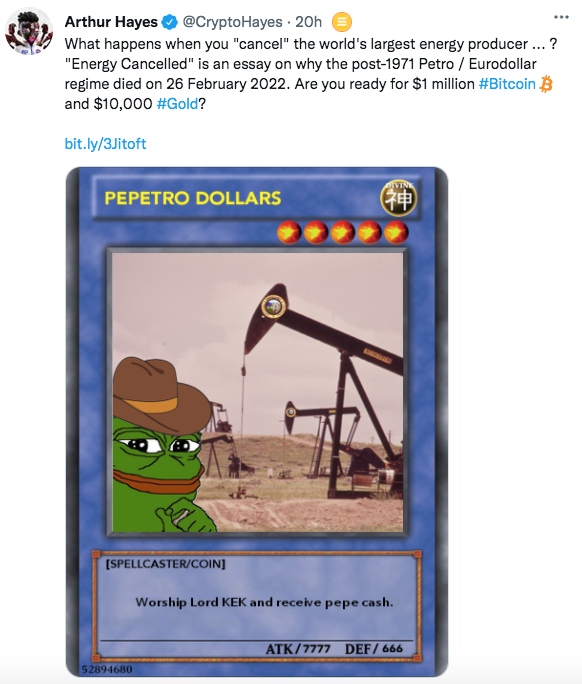 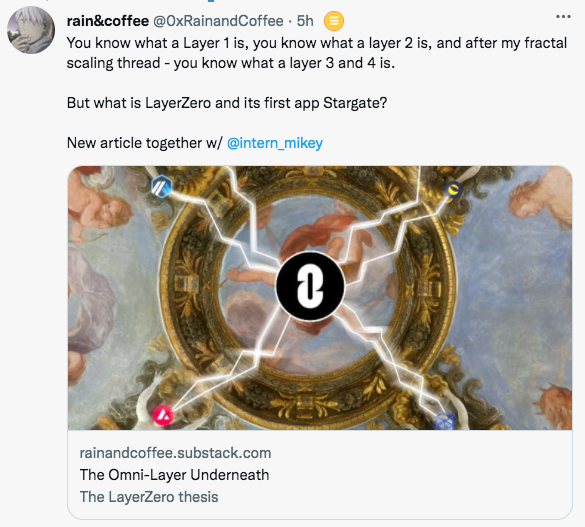 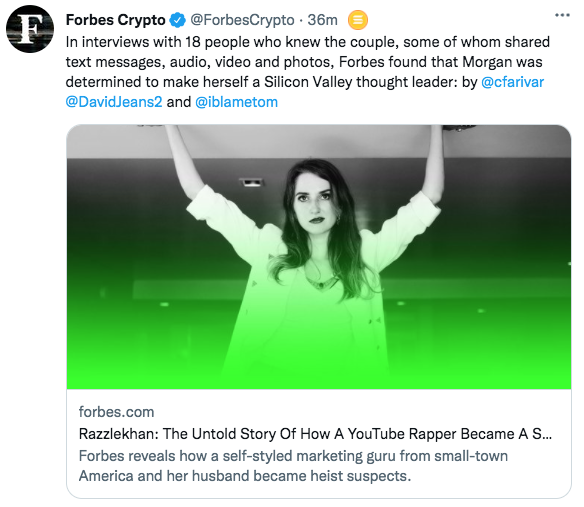