The 4th Largest Stablecoin Is a HODLer

The $1 billion raise was created via a private token sale of LUNA, the native token of the Terra network. Buyers will be required to lock up their LUNA during a four-year vesting period. At current prices, LUNA is the 9th largest cryptocurrency with a market capitalization of just over $20 billion.

Luna Foundation Guard plans to use the new funds to purchase bitcoin to establish a BTC-denominated Forex Reserve for Terra’s algorithmic stablecoin UST. Pegged to the US dollar price, UST currently holds a market capitalization of $12 billion (or ~7% of the total stablecoin supply in crypto). The $1 billion Forex Reserve denominated in Bitcoin is designed to ensure that the price of UST stays pegged to the dollar – even in extreme market conditions where the price of LUNA, which helps maintain the UST peg via arbitrage, may fail to do so.

“One common criticism of algorithmic stablecoins is their reflexive nature and the hypothetical risk of a “bank run” scenario where demand to sell the stable outstrips supply in a way that causes compounding price decreases in both native tokens,” explained the team. “Although the widespread adoption of $UST as a consistently stable asset through market volatility should already refute this, a decentralized Reserve can provide an additional avenue to maintain the peg in contractionary cycles that reduces the reflexivity of the system.”

And, according to LFG, Bitcoin is an ideal asset to use for its UST Forex Reserve. “The $UST Forex Reserve is an LFG initiative to provide a further layer of support for the $UST peg using assets that are considered less correlated to the Terra ecosystem, like Bitcoin.”

In essence, the Forex Reserve is being put into place to help provide a second line of defense to UST’s peg to the dollar outside of LUNA.

Notably, this will not be the last time LFG raises funds for LUNA reserves. “LFG has plans to scale reserve to larger numbers,” wrote Terra founder Do Kwon on Twitter. 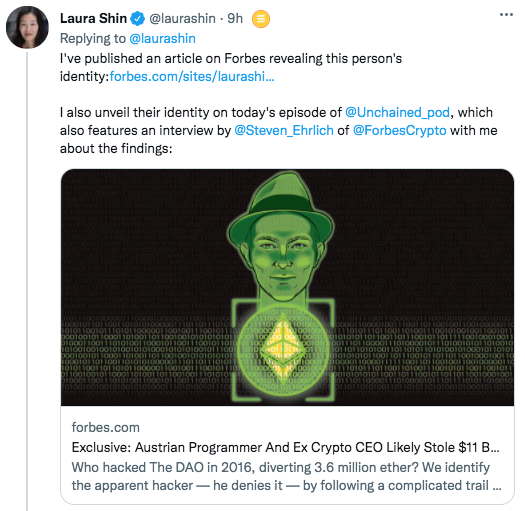 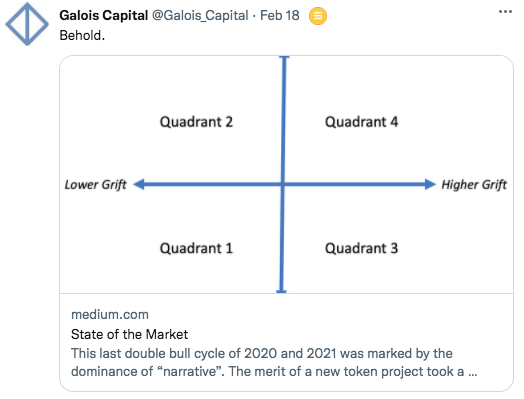 Exclusive: Crypto’s Biggest Whodunnit: Who Was Behind the 2016 DAO Attack on Ethereum?

While researching for my book, The Cryptopians: Idealism, Greed, Lies, and the Making of the First Big Cryptocurrency Craze, I found evidence that I believe resolves the biggest whodunnit in crypto: who hacked The DAO? This podcast is coming out in conjunction with an article in Forbes revealing the prime suspect’s identity.

Part 1: Who Attacked the DAO? Here’s the Evidence

To document the process of finding the alleged attacker, I wrote an article for Forbes, with which I opened the podcast. In it, I reveal

Forbes’s Steven Ehrlich comes onto the pod to interview me about finding the DAO attacker. Topics