Three trends to keep an eye on:

1. Solana > Bitcoin and Ethereum, according to digital asset fund investors.

For the week ending September 10th, Solana (SOL) digital asset funds led the crypto space in inflows, hinting that institutional investors remain bullish on the smart contract blockchain. According to data from CoinShares, Solana-based funds saw an influx of nearly $50M last week. For context, Bitcoin funds only grew by $200,000, while Ethereum witnessed a $6.3M outflow. 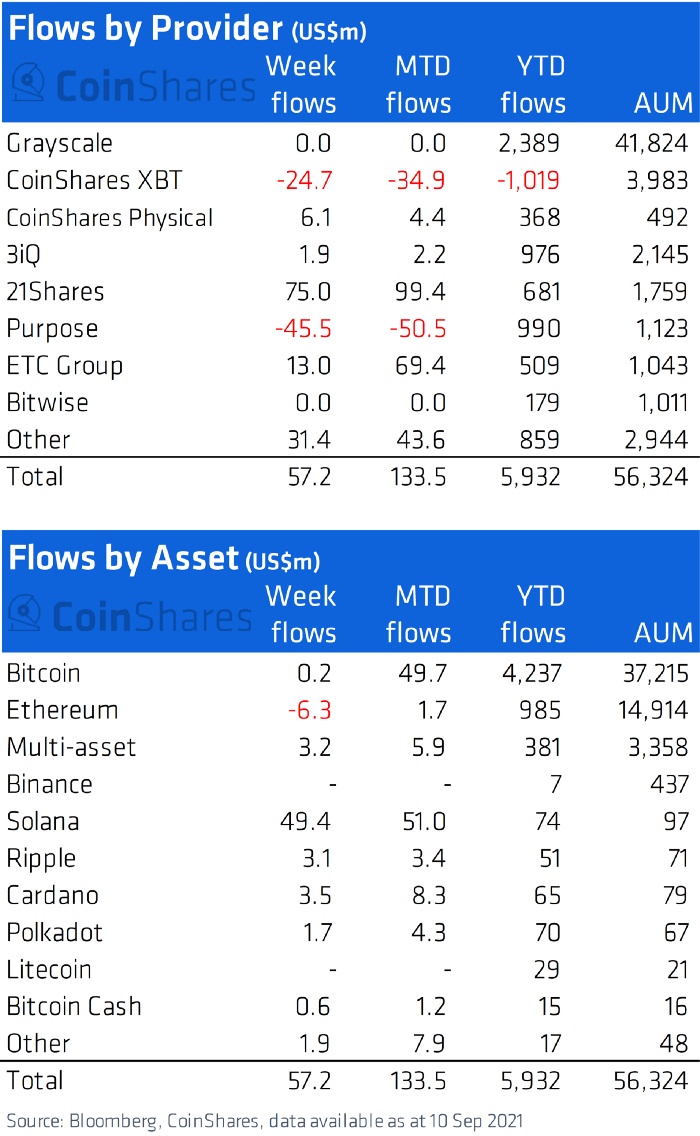 After a prolific August, it appears the NFT market could be heading for a bit of a downturn. Data from The Block shows that NFT trading volume dipped to $311M last week — the lowest figure since mid-July and less than 1/3rd the volume the NFT industry experienced during its busiest week in August.

Total value locked (TVL) on Arbitrum has ballooned from under $25M to start the month to over $2.2B as of publishing time.

Arbitrum is a layer 2 solution aiming to provide cheaper fees and higher throughput for Ethereum transactions. While Aave and Uniswap, two of the largest DeFi protocols, are live on Arbitrum, they do not seem to be the main attraction. So far, users appear to be flocking to Arbitrum to take advantage of a liquidity mining program based on a meme coin, ArbiNYAN (NYAN). Of the $2.2B locked into Arbitrum, NYAN accounts for approximately $1.44B of that TVL, according to DeFi Llama.

As with most liquidity mining programs, which offer extremely high yields in exchange for users staking tokens, NYAN tokens have precipitously dropped in value, falling under $1 after hitting its high of $7 over the weekend.

However, Arbitrum’s growth would still be considered substantial without the help of ArbiNYAN. At nearly $800M in non-NYAN TVL, Arbitrum is the largest L2 solution on Ethereum.*

(*editors note: Polygon has $8.4B in TVL,  which would make it substantially larger than Arbitrum. Polygon, however, is better classified as a sidechain than strictly a layer 2 solution.)