Of Course, DOGE Is Pumping

Twitter is set to go private thanks to a $44 billion bid from Tesla CEO Elon Musk.

The news was announced in a press release from Twitter yesterday afternoon. Musk will be paying $54.20 per share in cash for the social media platform, a 38% increase over Twitter’s stock price before Elon disclosed his 9% stake in the company.

According to the press release, the deal was “unanimously” approved by the Twitter Board of Directors.

Now, what does this mean for crypto?

For starters, Elon’s pet crypto project DOGE is up 19.8% over the last 24 hours, easily outperforming any top 100 crypto asset by more than 2x. Interestingly, Elon tweeted that DOGE tipping would be “nice to have” for a business on Sunday. Of course, Tesla already accepts Dogecoin for certain products, meaning a Twitter integration would not be unprecedented. Other Musk-related meme coins are pumping. For example, Dogelon Mars(ticker symbol: ELON) is up 32.41% on the day, while Elon Buys Twitter (EBT), a crypto token created less than a week ago, is up 1,700%.

Secondly, Elon’s acquisition of Twitter must be noted because two of his companies, Tesla and SpaceX, hold Bitcoin on their balance sheet. With Twitter soon to be under Musk’s control, it will be interesting to see if he adds BTC to Twitter’s balance sheet as well – seeing as the trend of corporations like MicroStrategy and Block adding BTC seems to have fizzled out in 2021.

Lastly, Elon has made it clear that bots, the scourge of Crypto Twitter’s existence, will not be welcome on the platform in the future. “I also want to make Twitter better than ever by enhancing the product with new features, making the algorithms open source to increase trust, defeating the spam bots, and authenticating all humans. Twitter has tremendous potential – I look forward to working with the company and the community of users to unlock it,” wrote Musk in the press release. 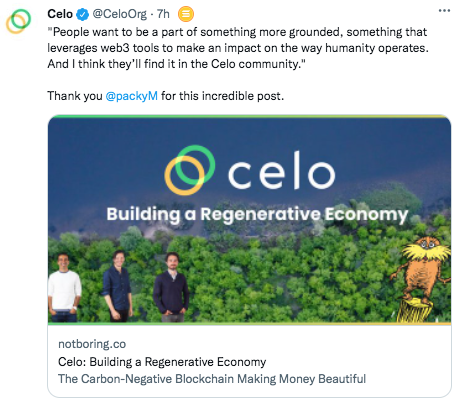 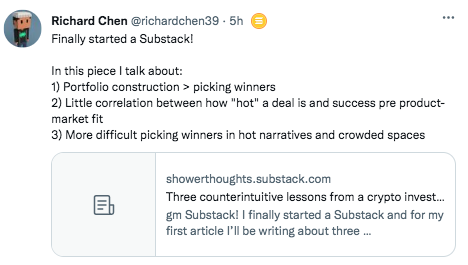