The much anticipated NFT digital land sale for the metaverse project “Otherside” generated roughly $300 million for Bored Ape Yacht Club creator Yuga Labs – as well as a lot of flack.

Retail users attempting to get in on the mint wasted a ton of money in gas fees, with Yuga Labs partly to blame. Data from Etherscan and UltraSoundMoney show that Otherdeed minters spent 56,000 ETH, or $177 million, in gas fees on Friday – more than half of what Yuga Labs earned from the mint. For context, the next largest dApp by gas fees spent in the same 24-hour period was OpenSea – which saw users pay $11 million in gas.

Multiple accounts claimed that Yuga Labs used a contract that led to inefficient use of gas. Will Papper, the co-founder of Syndicate, explained that “Nearly $100M has been spent on gas for the BAYC land sale in one hour. This is money that could have gone to Yuga or stayed in user’s pockets. The contract had nearly zero gas optimizations.”

Gas fees were so high that the Yuga Labs team apologized – and hinted that the solution to future mints would be to create their own chain. “We’re sorry for turning off the lights on Ethereum for a while. It seems abundantly clear that ApeCoin will need to migrate to its own chain to properly scale. We’d like to encourage the DAO to start thinking in this direction,” wrotethe team on Twitter.

“‘We can’t optimize the contract, but we can launch our own chain!’ 😅” joked @zengjiajun in a summary of Yuga Labs’ explanation.

Sean Bonner, an NFT aficionado, wrote on Twitter: “This was a disaster. These minting problems have been solved already by much smaller and projects with considerably less resources. That this was allowed to happen just means no one there was paying attention to these solutions which is disappointing in so many ways.”

That being said, Vitalik Buterin, the co-founder of Ethereum, does not believe that the Yuga team purposefully botched the mint. “Don’t think optimizing the contract would help. Regardless of contract details, tx fee goes up until list price + tx fee = market price. If gas usage per purchase decreased 2x, the equilibrium gas price would have just been >12000 gwei instead of 6000,” he argued.

The Otherside NFT drop was priced in ApeCoin, with each of the 55,000 “Otherdeeds” NFTs being initially priced at 305 APE, worth around $7,000. A further 45,000 Otherdeeds will be made available to Bored Ape Yacht Club, Mutant Ape Yacht Club, and Yuga Labs developers for free at a later date.

As of press time, the floor price for Otherdeeds is sitting at 5.18 ETH on OpenSea. The Otherdeed NFTs give buyers the right to claim land in the Otherside metaverse, a blockchain-based world created by Yuga Labs that appears to be governed by ApeCoin, a governance token the Yuga Labs team helpedlaunch earlier this year in its first metaverse expansion outside of the Bored Ape Yacht Club universe. 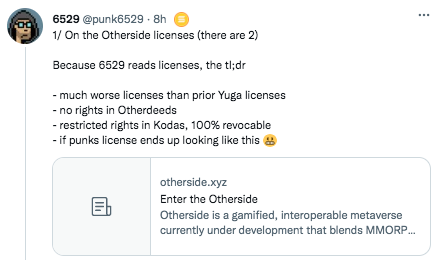 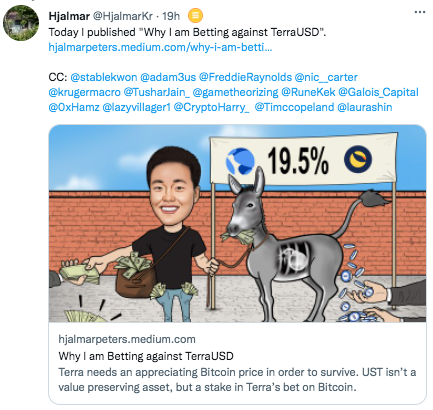 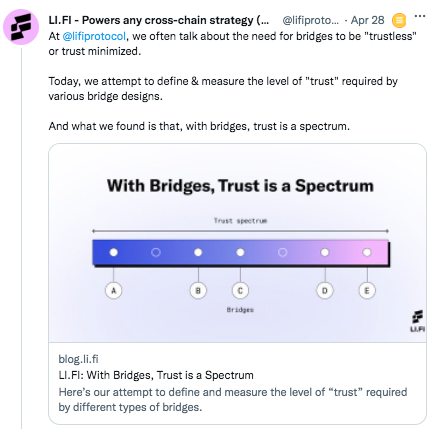 Chris Perkins, president of CoinFund, a web3 investment firm, discusses his experience at the Crypto Bahamas conference before diving into an FTX.US proposal that would allow for direct trading of crypto derivatives in the US – which appears to be rocking the boat of certain regulators in D.C. Show topics: