A Not So Happy Easter for Beanstalk

Beanstalk, a stablecoin-based project on Ethereum, suffered an exploit of $182 million on Sunday morning. The attacker, according to calculations from The Block’s Igor Igamberdiev, was able to get away with roughly $76 million in assets.

The exploit was carried out via a flash loan attack – where someone takes out a loan on a blockchain and repays it in the same transaction.

Here’s the TL;DR in a meme (courtesy of Mudit Gupta): 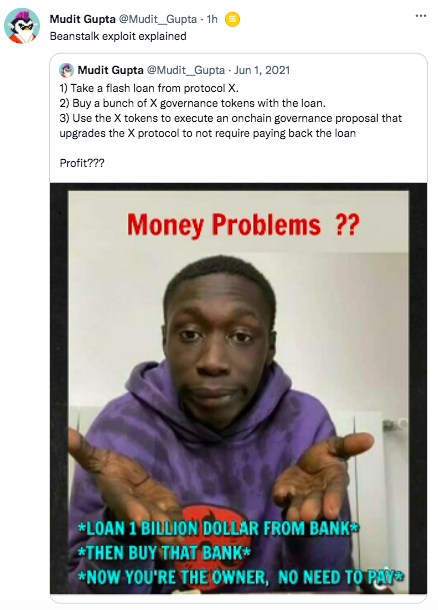 Once the attacker took control of Beanstalk, they were able to drain the treasury and then pay back the original loan.

As of writing time, the Beanstalk team is investigating the attack and has taken measures to stop the attacker from cashing out. On Discord, the team announced they had turned governance off, which will prevent the attacker from being able to do anything else, and has paused the dApp. In addition, on Twitter, the team wrote: “We’re engaging all efforts to try to move forward. As a decentralized project, we are asking the DeFi community and experts in chain analytics to help us limit the exploiter’s ability to withdraw funds via CEXes. If the exploiter is open to a discussion, we are as well.”

Beanstalk currently has $43.62 locked into its protocol. 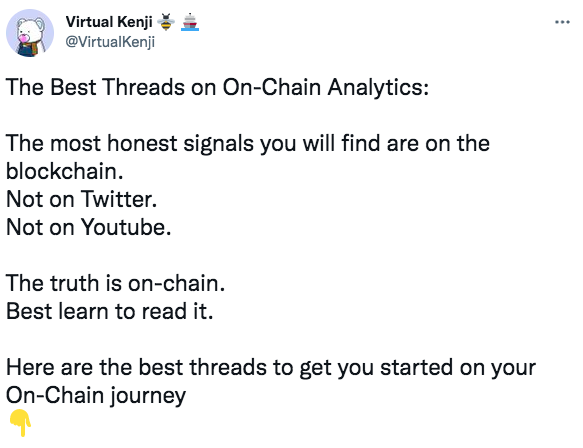 Tim Beiko, the Ethereum Foundation coordinator for core developers, discusses his recent estimation that Ethereum’s merge, where the network transitions from proof-of-work to proof-of-stake, will be delayed until the second half of 2022. Show topics: