ApeCoin’s use case is governance-based, but also includes benefits like access to exclusive games, merch, and events. Per the website, the supply is fixed at 1 billion coins. 15% of tokens are allocated to Bored Ape Yacht Club and Mutant Ape Yacht Club NFT holders. 47% is being used to fund the ApeCoin DAO treasury. 37% of tokens are set aside for Yuga Labs, BAYC founders, and launch contributors. 1% will go to the Jane Goodall Legacy Foundation.

Coinbase, Gemini, FTX, and Kraken have already announced their support for the token, which will start to unlock today.

Interestingly, Yuga Labs, the developers behind the various Yacht Club communities, is not taking charge of the token drop. Instead, Yuga Labs is delegating the drop and ownership of ApeCoin to an entity called ApeCoin DAO, which is “a decentralized organization where each token holder gets to vote on governance and use of the Ecosystem Fund.”  On top of that, ApeCoin DAO is “supported” by Ape Foundation. Board members for the Ape Foundation include Reddit co-founder Alexis Ohanian and Amy Wu, head of ventures and gaming at FTX, among others.

While ApeCoin is not officially being launched by Bored Ape Yacht Club, the project did point out that it would be utilizing the token in some way. “We’re adopting ApeCoin as the official currency of the BAYC Ecosystem,” explained the team on Twitter.

Holders of CryptoPunks and Meebits, for which Yuga Labs just purchased the IP rights, will not be receiving any ApeCoin tokens at launch. Data from CryptoSlam shows that the announcement immediately increased demand for Bored Ape Yacht Club and Mutant Ape Yacht Club NFTs, which saw a 457% and 361% increase in volume day-over-day (as of 1:30 am ET).

While much of the response to ApeCoin was positive on Twitter, Loot creator Dom Hoffman appeared unimpressed with ApeCoin’s utility: 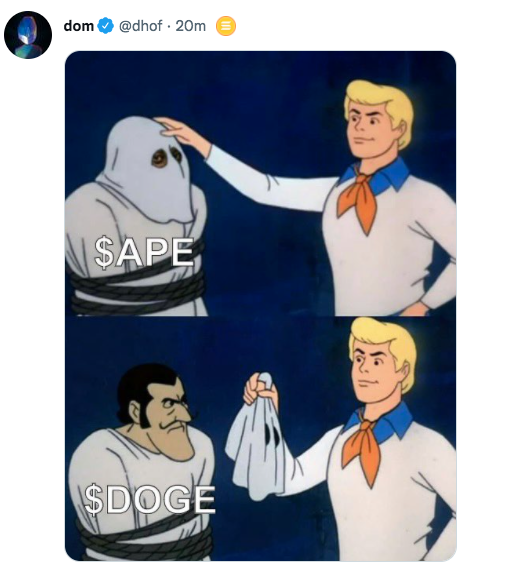 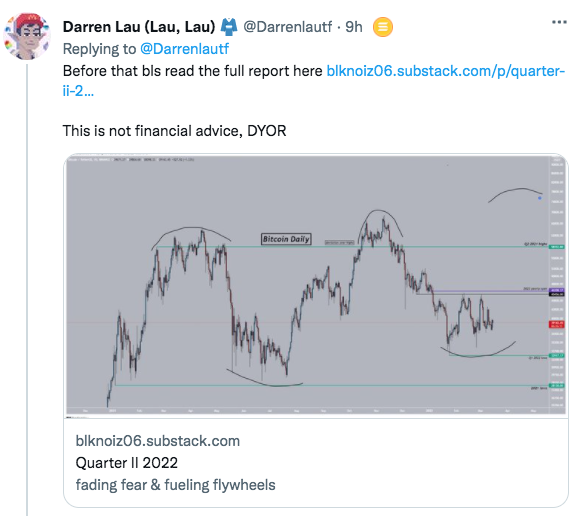 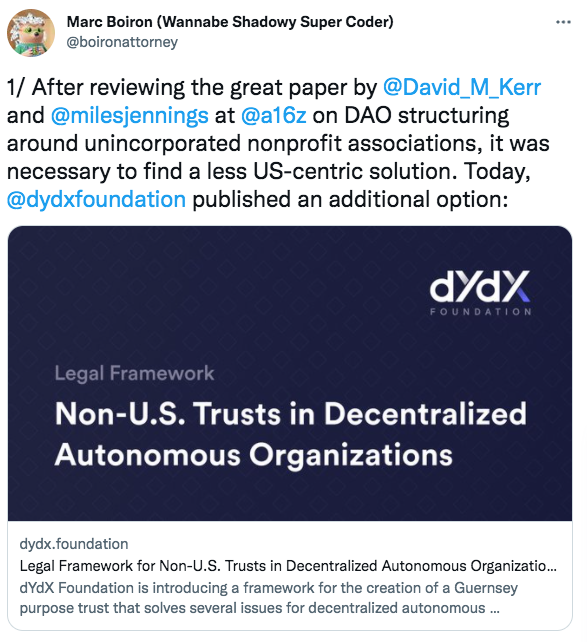 What Is It Like to Only Work for DAOs? Chase Chapman Tells All

Jack of all metaverse-trades Chase Chapman discusses her experience working for DAOs, how DAO tooling and governance can improve, and drops a hot take about Discord. Chase brings a unique perspective to Unchained as a co-founder and advisor at Decentology, host of On the Other Side podcast, and active DAO contributor at Orca, Index Coop, and Rabbit Hole. Show topics: