“See you on the Otherside in April,” tweeted Bored Ape Yacht Club creator Yuga Labs on Friday in a teaser for what looks to be a new metaverse project. 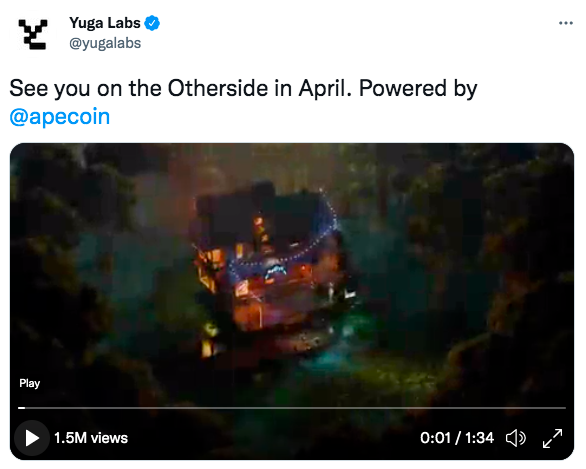 The tweet included a minute and a half long video following the journey of a BAYC Ape after it chugs a potion labeled “Don’t Drink Me” and takes a psychedelic adventure across a dystopian metaverse landscape. Notably, the video includes references to a few other popular NFT projects, including Mutant Ape Yacht Club, Cool Cats, CryptoPunks, CrypToadz, Meebits, Nouns, and World of Women.

The tweet and video finalized a crazy two-week span for Yuga Labs. On March 11th, Yuga announced the purchase of CryptoPunks and Meebits IP and commercial rights from Larva Labs. Just a few days later, Yuga Labs helped facilitate the reveal and subsequent airdrop from ApeCoin – which is now the official coin of Bored Ape Yacht Club and a secret projectcurrently under development by Animoca Brands.

Bonus Recommended Read: CryptoPotato on how minting a Bored Ape Yacht Club NFT for .08 ETH in April of last year and holding it could have ended up netting $477K. 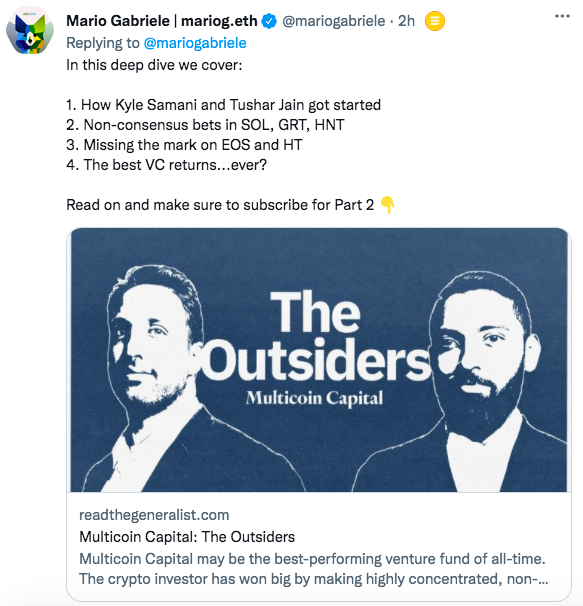 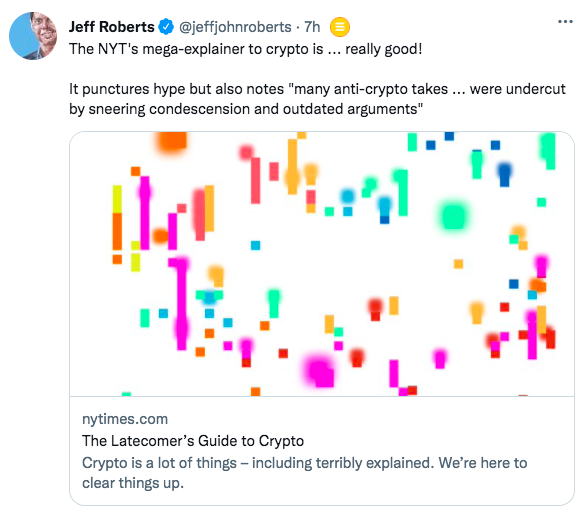